As soon as Star Wars Episode VII was announced, the rumor mill took off at full speed. With hungry fans looking for any news they can get, you can bet that many rumors will spread around the Internet like wildfire.  The next few years will almost certainly be full of crazy speculation and false rumors that we will laugh about down the road.  Looking back at some of the worst rumors from Star Wars past, it's hard to believe that we ever thought most of them were true.  But in nearly every case, there is a "reliable source" and even some mainstream media coverage to bring gravity to the reports.  I've collected the eight worst Star Wars rumors from the past that remind us to take every rumor in the future with a giant grain of salt.

John Rhys-Davies as the Voice of General Grevious
It's perhaps the most epic internet experiment ever created, Alastair of The Rubber Chicken set out to test just how far the Star Wars rumor mill would go. After noticing that John Rhys-Davies (Indiana Jones, Lord of the Rings) would be appearing at a convention just as rumors that Gary Oldman would not be voicing General Grevious were flying, the folks at The Rubber Chicken sent a rumor to Aint it Cool News and watched the single email snowball across the internet and into printed media. After being posted by AICN, it hit TheForce.net, IGN, and Empire Online (among others). Even science fiction magazines SFX and Dreamwatch both published the rumor.

The site posted the full story here, but here they summarize the experiment well:


With the rumour now debunked, it's easy to forget that for four months, a very considerate portion of the Star Wars community believed John Rhys-Davies was General Grievous. The prank became a spectacular showcase of how far misinformation will travel online when journalists don't properly research their sources. Even Mr. Rhys-Davies got some good publicity out of it. All, for the better part, from a single email.

Jet Li as Boba Fett
In 1998, a now-defunct Jet Li home page  reported that martial arts star Jet Li would be playing Boba Fett in Episode I.  It turned out that the rumor was likely taken from a Cinescape magazine article with an Epsidoe II "wish list." Imagine their surprise when Boba Fett turned about to be a child, not a Kung Fu master.

'NSYNC Jedi
If Episode II was the hottest movie of 2002, then boy band 'NSYNC might have been the hottest band. When you are one of the biggest acts going, it only makes sense that you could ask Producer Rick McCallum for a role in the next movie and get the gig.  MTV reported that the rumor was confirmed by an unnamed Lucasfilm spokesman who claimed that at least a few members of the boy band would appear in a scene that required a lot of extras. 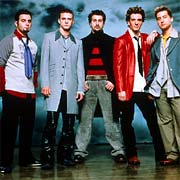 This only proves that you can't believe everything you hear on (M)TV and you should be weary of anything that drops names or is confirmed by unnamed sources.

Natalie Portman's Episode I Nude Scene
Nevermind that Star Wars is a family-friendly franchise; lets all remember that Natlie Portman was 17 when The Phantom Menace was being filmed.  All rational facts aside, in 1998 a rumor spread around the Internet that Natalie Portman would have a nude scene in Episode I.  Looking back, this one is as rediculous as they come, but a rumor-hungry audience in the late nineties meant that even this crazy rumor made it into the pages of Parade Magazine (where it was officially debunked):


Q: There is a rumor spreading like wildfire on the internet that Natalie Portman will have a nude scene in the Star Wars prequel being planned by George Lucas. Any truth to these reports?- Alfred Huete, Spring Valley, Calif.
A: None whatsoever. Lucas created the Star Wars series as a modern fable for children, and his films are never titillating. Portman, 17-who recently finished a critically-acclaimed run in the Broadway revival of The Diary of Anne Frank- will remain fully clothed as the mother of Luke and Leia in the as-yet-untitled prequel. Rumor has it that she wears ceremonial makeup so pal that she resembles a geisha. (Lucas won't comment.) Dozens of Star Wars Internet sites are circulating tales about the film, which finished principal shooting last October but won't be released until next May. For accurate information, we suggest you go with Lucasfilms' own site at www.starwars.com on the web.


1978 Prequel Rumors
Rumors about Star Wars movies are almost as old as Star Wars itself.  In April 1978, it was magazines, not the internet, that spread these rumors.  At the time, there was speculation that the second Star Wars would actually be a prequel.  It's more than a little bit ironic that Future Magazine was ahead of itself with this rumor roundup for what would eventually become The Empire Strikes Back.  They must have been writing from the future:


In the realm of the Wars, George Lucas has approached all of the original film's principals, including Mark Hamill, Harrison Ford, Carrie Fisher, Peter Cushing, Alec Guinness, Dave Prowse, Peter Mayhew, Anthony Daniels and Kenny Baker. Noted SF author Leigh Brackett has been approached with the task of writing the screenplay for the big-budgeted sequel. One of the key elements in the second script may be the origin of the Dark Lord, Darth Vader.
One version of his life being considered for the forthcoming production will reveal a young, handsome Darth turning rogue Jedi, killing Luke Skywalker's father and being pushed into a pool of molten lava by avenging angel Ben Kenobi. Darth is so badly scarred that he dons his black armor forever. It serves as a combination exoskeleton and walking iron lung. The second version portrays Darth as being, in reality, Luke Skywalker's father. After a psychological trauma, Luke's father succumbs to the darker nature of The Force and allows all that is good within him to die. And rising from the ashes of his soul is Darth, the arch-foe of all that is righteous. Whatever Vader's fate in the as-yet-embryonic script, the film began pre-production in London in January.

Looking back, this vintage rumor wasn't actually all that inaccurate - it was just twenty years too early.

Every Guy in Hollywood as Anakin
What do Christian Bale, Colin Hanks, Nick Ciarcia, Shane West, Leonardo DiCaprio, Paul Walker, Jonathan Jackson, and Ryan Phillipe have in common?  They were all at one time rumored to be a sith lord.  In the spring of 2000, rumors were swirling about the casting for Anakin Skywalker; finding the actor to play a future Darth was perhaps the most popular story leading up to Episode II. With much of the cast returning (McGregor, Portman, McDiarmid), adult Anakin was the biggest unknown. It wasn't until April 20th, 2000 that Hayden Christiansen hit radar screens as a possible candidate. By early May, reports were that Phillipe and Hanks were battling for the role.  Then in a surprise turn of events, as on May 4th Hayden was all but confirmed for the role.

Fuzzy Footage
Back in June of 1998, Harry Knowles of AintItCoolNews "learned" that 40% of the footage shot for Episode I was out of focus, and thus, unusable!  This would have been a catastrophic and costly occurrence if it had only been true.  The idea that the most anticipated film of the decade might be ruined was too much for many outlets to pass up.  Looking back, it seems crazy to think that a full crew of very capable professionals would have missed this throughout filming and dailies but that didn't stop many from speculating.  The rumor was so rampant that it was said that it went all the way up to George Lucas who (very accurately) denied it.

Hugh Jackman the Villain
Every good rumor has a false source, and the story that Hugh Jackman (X-Men's Wolverine) would star in Episode III supposedly came from a true insider:  Producer Rick McCallum.  He was even quoted as confirming Jackman's involvement at Star Wars Celebration, creating a rumor so convincing that multiple movie news sites and even CNN picked up the story.  Rumors of Hollywood stars appearing in the films was a constant of the prequel rumor mill.  At one point, Harry Knowles of AICN also reported that Charleton Heston was up for a small role as a Jedi Master.
Posted by Cole Horton