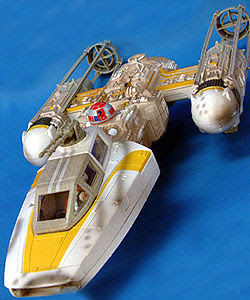 Browsing one of the best Star Wars collecting sites the other day, I stumbled upon a number of Red R2 units that have been part of various toys throughout the modern Star Wars toy lines.  Rebelscum.com has an extensive gallery of nearly every Star Wars toy made.
The first one I found was a Hasbro Power of the Force Y-Wing fighter.   It was a Target exclusive in 2000.  The droid was the dome only but the dome did turn.  The vintage Y-Wing released in 1983 had an astromech slot, but no droid came with the vehicle.
Some time before this Y-Wing was released, Galoob produced a Y-Wing as part of their Action Fleet serious of Vehicles.  There were a number of Y-Wings, but only the "Gold Leader" version featured a Red R2.
Lego packed a Red R2 unit with the Y-Wing.  Although he has the same head shape as the R2-D2 mini-fig, they call him an R5.
Red R2 units are not just limited to Y-Wings though.  In 2006, Habro released a repaint of the 3 inch titanium Naboo fighter.  Complete with a blue paint scheme and a red astromech, this small fighter was called the Naboo Patrol Fighter. 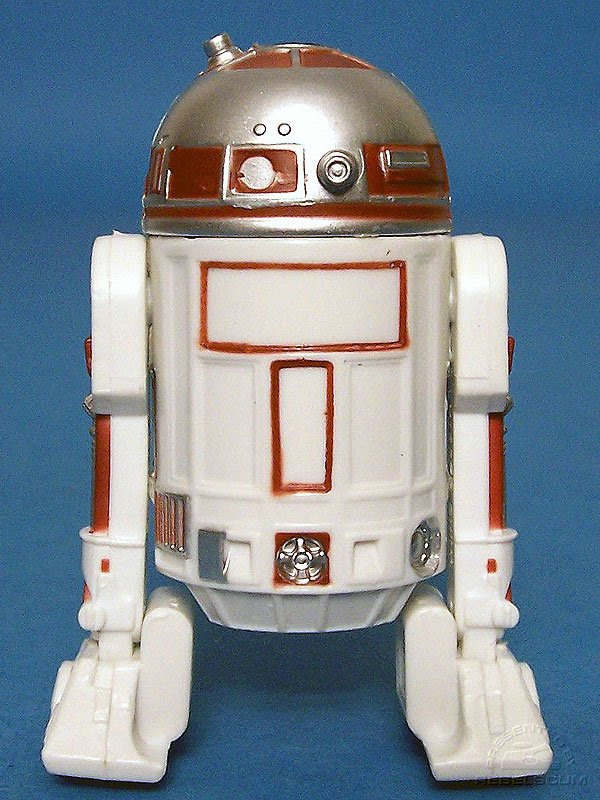 Most recently there was a red R2 unit packed as part of  the Entertainment Earth multipack series.  For some reason, they called this droid R2-M5 despite most other references (both before and after) calling the red R2 unit R2-D1.  Unlike the Red R2 unit from Episode I, some of the details on the ankle are painted red, and the panels on the back of the body have red outlines.  Perhaps R2-D1 and R2-M5 are different droids?
I can't say enough good things about the Rebelscum image archive.  All of the images above are part of their extensive and meticulous gallery.  Kudos to the whole Rebelscum team!
Posted by Cole Horton