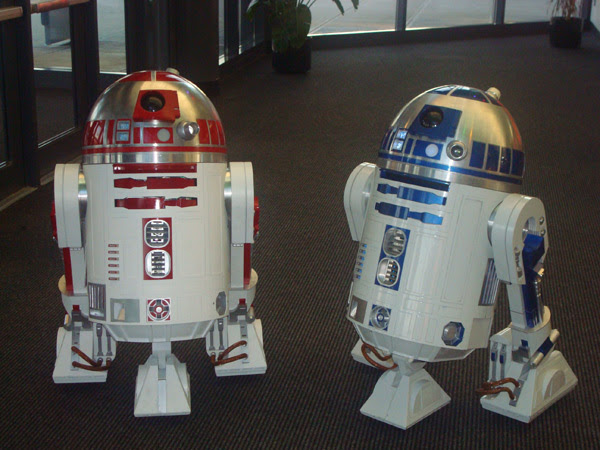 It took one year, seven months, and two weeks to do: build my very own R2.

The last few months have been crazy. I got married, bought a house and moved to a new city. Sometime between moving and starting my new career, I found time to work on some great new dome-related projects and complete my own droid.

With a TON (and I mean a TON) of help from fellow builder Daren Murrer, my droid was up and rolling in time for the animated Clone Wars premiere. In just a few weeks, I completed the cosmetic work and watched as Daren worked his magic with the drive and electrical systems. Here is a video of the droids in action.

Over time, I'll post up various points of my progress. Until then, I can't urge you enough to join the discussion over at Astromech.net. For the past 5 months, that has been my home for all things droid. Its the official website of the R2-D2 builders club, and quickly becoming THE spot for R2 building.
Posted by Cole Horton