One of the fastest growing major conventions in the United States is Seattle's Emerald City Comic Con. On March 1-3 2013, thousands of geeks will converge on downtown Seattle for this show, headlined by Patrick Stewart and Adam West among others.  The show has put together a strong lineup for the Star Wars fan too.

Billy Dee Williams
The much quotable, irreplaceable actor behind Lando Calrissian, Billy Dee Williams will be one of the headliners at Emerald City Comic Con. His convention appearances aren't exactly common, so Star Wars fans should be anticipating his visit to Seattle. Please, don't bring the man a bottle of Colt 45 to sign - the joke was worn out a long time ago. 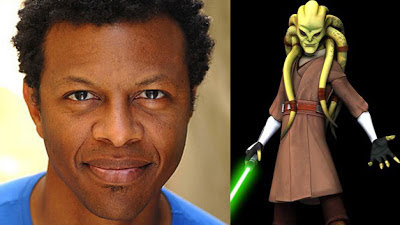 Artists Shannon Denton, Alvin Lee, and Dave Wilkins
Comic book artist Shannon Denton has numerous comic credits to her name, but Star Wars fans will be interested to know that she has worked as an inker for Star Wars: Luke Skywalker: The Last Hope for the Galaxy (2008). Dave Wilkins provided cover art for Star Wars: Darth Vader and the Ghost Prison #1. They will be joined by fellow Star Wars comic artist Alvin Lee