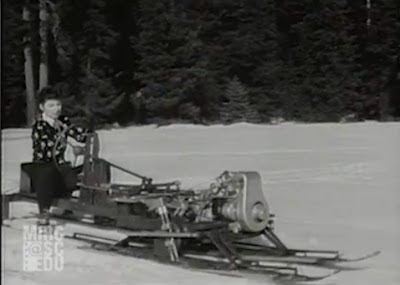 Machines walking across the snow aren't just for the Galactic Empire: long before George Lucas envisioned the battle of Hoth, a man from Yakima, Washington created his own snow walker. Captured on film in a Fox Movietone news reel, the walker look half tractor, half skis.  Its four skids stomp across the snow dragging the driver behind.  You can see the footage at the 6:30 mark of this video: Fox Movietone News, Vol. 25 No. 21, Wednesday Nov. 18, 1942.  The vehicle, nicknamed the "ski doodle," makes good time as it crosses the snow-covered fields.  It even takes on small hills! 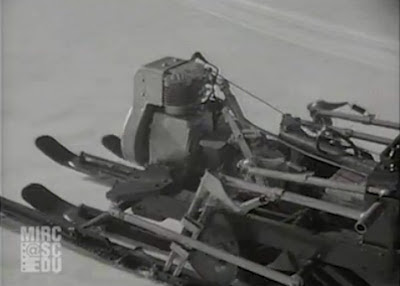 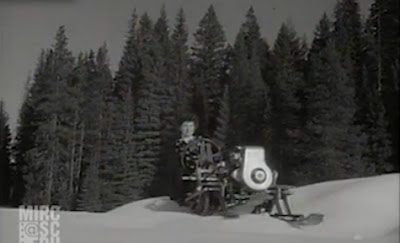