A Year with Two Thanksgivings: The Story of Franksgiving 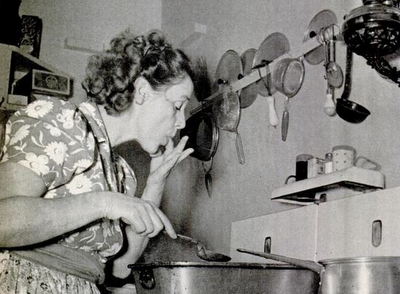 Black Friday sales, Cyber Monday, and general commercialization of Thanksgiving and Christmas are nothing new.  In fact, the only reason why you are eating turkey today is because of a presidential order  that moved the holiday to allow for more holiday shopping. Based on Abraham Lincoln's original declaration, presidents announced that Thanksgiving would be observed on the last Thursday of November.  But in 1939, Franklin Roosevelt changed all of that.

It all started when Lew Hahn, general manager of the Retail Dry Goods Association, warned Secretary of Commerce Harry Hopkins that a late Thanksgiving would have an adverse effect on holiday shopping. The fix: move Thanksgiving back a week and get people to shop more!

Even though there was no legal date set for the holiday, the move broke decades of tradition and provided plenty of ammo for political opponents. Roosevelt's Republican challenger from the previous election said that the move was "another illustration of the confusion which [Roosevelt's] impulsiveness has caused so frequently during his administration. If the change has any merit at all, more time should have been taken working it out... instead of springing it upon an unprepared country with the omnipotence of a Hitler." Yep, only Hitler and the president would be sold bold to move Thanksgiving.

Roosevelt declared an early second-to-last-Thursday Thanksgiving for the next two years, but the data did not support the change. In 1941, the Wall Street Journal, armed with data from the 1939 and 1940 holiday shopping seasons, declared the move a bust that provided no real boost to retail sales. Soon to follow was a joint resolution declaring Thanksgiving a federal holiday to be celebrated on the fourth Thursday of November , meaning the holiday could fall on either the second to last or final Thursday of the month.  This year, we celebrate a "Franksgiving."