On August 2, 2012, historian and author Sir John Keegan died at age 78.  Born in 1934, he was young during the Second World War but would go on to write one of the finest overall accounts of the conflict  with his 1990 publication The Second World War.  This book was one of the first assigned to me in undergrad, and quite possibly the first time I had sat down to understand the totality of the war (as opposed to the piecemeal reading about individual elements of the war that interest me).  Today, I recommend it to anyone interested in obtaining a foundational understanding of World War II.

Keegan not only had an impact on me as a student, his Second World War impacted one of the most important characters in the Star Wars (expanded) universe.  Author Timothy Zahn gave his famous character Grand Admiral Thrawn the title of Grand Admiral after reading Keegan's book and noting the title held by Grand Admiral Raeder. 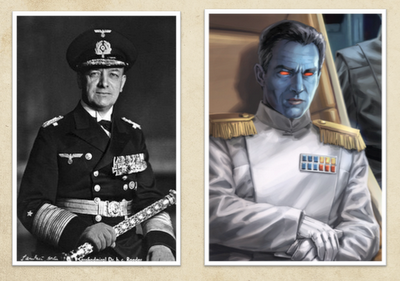 Sir John Keegan's long form obituary can be found at The Telegraph, the newspaper for which he reported.
Posted by Cole Horton